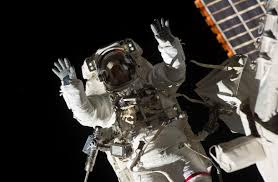 068-1120
A few days later an unknown ship entered the system. Zabiayah was on the bridge, when he noticed a jump flare alert. Noticing the sensors, it was a ship coming in system, with the origin system masked, and at 80,000 km away, too far to do anything. He called for Brickley, who was in his office.
“OOD, report,” was the captain’s command as he came into the small bridge.
“Bogie detected, bearing 305 range 80k, origin system masked, sir,” was Zabiayh’s practiced response....
TO BE CONTINUED

Posted by Michael Thompson at 22:05 No comments:

Solomani Security In My Traveller Universe

While the common and popular depiction of Solomani Security is of a Secret Police force with a vast network of informants and a ruthless prosecution of anyone it deems a  threat to the Solomani Cause. As I see it, it's a much more complex organization.

SolSec has two missions in practice; serving as the political police of the Solomani Confederation, and as the primary intelligence agency for the Confederation. The political police role has two functions; keeping the Party and populace aligned with the Solomani Cause, and preventing problems from disrupting the Confederation. At times, these roles come into conflict, but the guidance from the Committee of Consolidation and the Coordinator General generally resolve these on  case by case basis. Also, SolSec agents are often seen as "S-Men" working for the benefit of Solomani society.

The political police work in the general populace is minimal. While hundreds of millions, if not more, Monitors do file reports about what they see and hear, few citizens end up directly in front of a SolSec officer for a criminal issue. Planetary agencies, like the Krypteria of Polyphemus/Capella (SR 1537), are more likely to deal with the Solomani in the street. Local police and security forces will have liaison arraignments with SolSec, where information appropriate to the level of enforcement is exchanged. Also, Old Solomani worlds with independent-minded populaces, like Sequoyah/Capella (SR 1337), require SolSec to have it's own arrest force. However, interstellar travelers of any stripe will have encounters with SolSec. Partially, SolSec wants to know as much as possible about the workings of what actually happens, and every report helps them. It is frequently in the form of a minor functionary that just asks to see the logs at landing, or performs immigration checks.

Active members of the Solomani party are more closely investigated than ordinary citizens, and members of the Secretariat most of all. Generally, a local member of a cell will receive party discipline rather than SolSec attention, but a senior member, usually a delegate to a major party conference, may have issues investigated by a SolSec officer. The factionalism inherent in the Solomani Party means that only the most egregious political crimes are treated harshly; corruption is one of them. The differences between factions are not unlike Cold War era "Kremlinology" for outside observers, but there is more transparency than in a truly closed political environment. 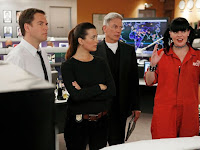 The internal monitoring of the Army and Navy has two major components. First, there are monitors inside military units. Most understand the difference between military duties and typical complaints of them, and actual disagreement with the Cause. Few of these monitors are "Zampolits" in the sense of being an explicit representative of the Solomani Party and SolSec, more often they serve as staff officers, or just have connections. The personnel (S-1) and logistics officers (S-4) are common covers, but some monitors are operational personnel, even up to unit commanders. The additional role as the criminal investigation departments for the military means there are some open SolSec officers at most bases, working with the Military Police. They can either be uniformed personnel, or a plain clothes operation. Generally, the teams assigned to a deployable unit will be uniformed, and one that operates at a base will be plain-clothes.

The monitor program provides much of the small scale information that SolSec uses to work with crude psychohistorical simulations and understand how to operate on a particular world. The general rule for monitors is not to provide salacious gossip that jams the networks, but information directly related to consideration. Current cultural ideas are welcome as well, as it allows SolSec to deeply understand the nature of Solomani society, particularly on different worlds. Given the size of the database, favored researchers are sometimes offered access to older portions. Also, the nature of monitors varies. Some are quiet recorders, others are highly patriotic citizens, and some just have spy fantasies. The ones with spy fantasies tend to get asked to leave the monitor program.

An internal officer may spend a tour assigned to an investigative team, followed by an intervention unit. Senior internal officers end up in the Administration, and they are the leads for many units. It is not unknown for senior investigative officers, while nominally administration, to operate with Field agent teams. Secret agents, of course, do exist, but are far less common than popular media thinks.

The External Directorate is a fairly standard intelligence agency in Charted Space, and it has earned a healthy respect from Imperial Intelligence agencies. Despite a well-earned reputation as a group of fanatical agents sneaking in and destroying Imperial targets, many quickly realize there's no real romance in their sordid business. They employ open agents as attaches to various missions, and under official cover. Secret Agents are more common than in Internal, but many operate under various forms of cover, such as merchants or tourists. On occasion, agents may be lent from one directorate to the other, and transfers do occur. However, to maintain the correct outlook for each role, this is unlikely.
Posted by Michael Thompson at 22:20 No comments: