The Leading Gunner and the Pilot 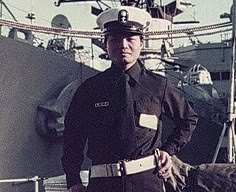 Today, I offer you a two-for one special, and rounding out the collection of Naval personnel who actually matter aboard the Boxing Kangaroo.

The head weaponeer is GMT2 Tsang Chishan. He is a 29 year old native of Cathay/Vega (SR 2012). Like many from his world who have left, he is (quietly) disappointed with the nature of the theocratic government. His family has long been low end merchants in an Open Commercial Zone abutting the starport. One of the reasons Cathay has its large Naval Base is it is a recruit depot for for the Vega Subsector, and it takes in a large number of disaffected youths.

His initial term in the Navy was heavily schooling based, with him attending an advanced gunnery school, along with the typical promotion schedule.

The next term, however, was not. While involved in furious combat with raiders in the Boskone system (SR 1214), he managed to disable one ship's main drive with a good shot, and was promoted to Gunner's Mate (Turrets) 3rd Class.

In the past few years, he had a fairly quiet career, but while serving as part of a Naval Fire Support Team on an exercise, his swift thinking ensured the ships conducting the live fire portion of the training did not affect the Marine unit he was working with. This quick thinking lead to his promotion to Gunner's Mate 2nd Class. He also met Marine Corporal Bartelemo Afari, who also will be part of the Kangaroo's Marine Detachment. 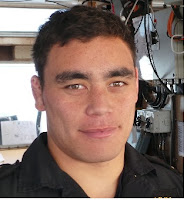 Rogier Zabiyah is almost the stereotype of smart kids who don't have much going for them who join the Navy. A dry place with not much going for it other than a large starport and Navy base, Imarir/Suleiman (SR 1510) is the kind of place a smart man wants to leave and not return. Especially when he got into trouble with a gang outside of the starport a week before he enlisted.

Almost as soon as he started his career, BM3 was noted as having an almost supernatural skill at piloting the starships and large craft of the Navy. This lead to a close call as far as living, but he made it through, and was promoted.

After this, he was assigned to the helm branch and rated a Boatswain's Mate. He was promoted to Third class about a year after this in an incident where a misjump occurred taking his destroyer to Mirabilis/Capella, across the truce line. His skill at piloting lead to them being able to quickly refuel at an outer gas giant, and then jump out to Sarpedon and it's Imperial Naval Base. In the ensuing investigation, he was noted for his quick thinking, and decorated with the MCUF. Much of the rest of the bridge staff was cashiered, or re-assigned far from the truce line. He has spent the past year with LT Brickley, as the pilot of a Dragon-class SDB.

Another Way to Finance a Ship

While most players are familiar with the use of mortgages for purchasing starships, historically, another method was use for the purchase of ships. I learned about this at the Maine Maritime Museum a few weeks ago on vacation.

Basically, it's setting up a small corporation or partnership to own it.

On the Maine coast, ships, like the massive six masted schooner Wyoming, would have shares sold on the basis of one sixty fourth of the cost to build the ship. One share would be for the Captain, and usually the man or firm who bought the most shares would be the nominal 'owner' and make the decision on naming the ship. Ownership as little as one twelfth of the whole ship would be a man the owner.

While this option would mean your ship can no longer operate that freely, as it's now the property of a group of people, there is no longer the overhead of owing the mortgage payment each month. Instead, any return after 'overhead' is complete gets split up into the ownership group as a return of capital. This does mean the captain needs to get his annual maintenance in, though. Smart captains might seek to start buying out some of the smaller shareholders also.

For those Travellers who wish to purchase a ship in this method, I recommend having a Bwap purser, working through Hortalez et Cie, LIC or another Megacorporate banking arm, or being willing to take on an accountant.
Posted by Michael Thompson at 21:57 No comments:

The Engineer and Ship's LPO 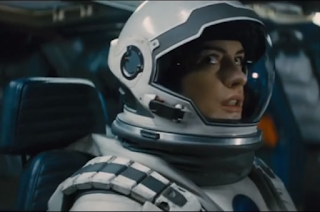 The core of any military team is it's experienced leadership, and MM1 Juliana Brand provides this as Ship's LPO and Chief Engineer.

Officially, she is MM1 Lady Juliana McAuley Brand, IN. As a younger child of the Marquis of Saagii/Madoc (Diaspora 2333), she was unhappy about her essential position in life on Saagii: go to a comfy College or University, and enter the bureaucracy or become a pawn in the Noble Game her father and older brother were intent on playing. Showing a streak of independence while at the end of her private education, she spoke with the recruiting Chief at the Saagii Starport. She had two requests: to be in another sector, and to be just another spacer. The latter was easy, but the second was a bit tougher. She was able to talk her uncle into taking her with on a trip to Eleusis/Concord where he was taking a swordsmanship class. She left him with a note for her parents that she did not intend to return home and was enlisting. After a few years, they did send her a message via X-mail. Her uncle still thinks it was a great trip, and fun.

Recruit training was difficult, but by no means did she fail. Her first posting ran into trouble, when as part of an inspection party on a free trader it turned violent, and gave her both experience with a blade, and a long term aversion to personal combat. She doesn't mind ship weapons launches, but locks up when in personal combat. Her first term saw her promoted to Able Spacehand, and she requested training in an Engineering rate.

She was approved to become a Machinist Mate, and completed that training quickly. Her aptitude for this work was noted as being unmatched, seeing her quickly make MM3.

The following term saw her continue to grow as a spacer and mechanic. This was marred by an illness and liberty incident in cold water contracted while working at the Naval Base at Kidashi/Albadawi. The viral infection followed up the near hypothermia she experienced, and reduced her Endurance. Her promotion status was never in doubt despite this incident.

Her prior tour was uneventful, but she did meet Marine then Corporal Guy Valdez, who is also coming to the Kangaroo as the Sergeant leading the Marine Detachment.

Posted by Michael Thompson at 09:18 No comments: