The players are crewing a Far Trader at the coreward end of the Spinward Marches. As they head for the 100D limit, a Corsair jumps in. The grizzled veteran gunner goes to the turret, and straps himself into one of the turrets, trying to buy you time to get to the limit. His control is local, and primary weapons systems are in his hands.

The players are crewing a Patrol Cruiser at the coreward end of the Spinward Marches. As they are on patrol around a world, a Corsair jumps in. As they man battle stations, the gunners reach their stations. While they have back-up control, primary direction is coming from the bridge.

The players are the officers of a Frontier Cruiser at the coreward end of the Spinward Marches. As they are on patrol, a Corsair jumps in. As the watch section maneuvers the ship as battle stations are manned, the gunnery officer on the bridge engages the corsair with the secondary battery. The gun crews exist

These three examples show how weapons control can work on starships. First, there is local control, as shown the vast majority civilian ships of any type. Then, there are turret mounts with central fire control, as would occur on Adventure class military and paramilitary ships. Finally, there is the central fire control of Battle class ships, capable of turning smaller ones inside out with a single barrage. 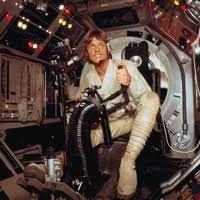 On smaller ships, with individual mounts, I think the default image many of us have for starship weapons mounts are the turrets from the Millenium Falcon  in Star Wars. A gunner, sitting behind a console, moves the weapons across his field of fire, assisted by the computer, to fire at other craft. While this is contemporary to the original versions of Traveller, it is hardly realistic. Even in the cinematic visions you may have, ships will seldom be close enough for optical manual to fire control to hit, and they will have velocities where the Force is the only way to have a prayer of hitting the target! The velocity problem has been known since the 1940's when manually operated 20 mm auto cannon were found to be ineffective for anti-aircraft firepower. However, the the local fire control may exist, especially if the ship does not have  quality sensors. Generally, Scout ships, Free Traders, Far Traders, and Fat Traders will not have centralized fire control.

Next, we can move on to centralized fire control for Adventure class ships. Generally, the Type T and Type C ships are among the smallest to have this kind of fire control arrangement. Basically, the local gunner has been reduced to a secondary purpose here, ensuring sand canisters and missiles load properly, and the lasers are functioning correctly. Their operations on the mount are more ensuring the system works properly, and follows the right cues from the main director. The best parallel I can find is the operation of older 5" mounts, where there is the ability to fire from the mount controls, but the primary location is from fire control. 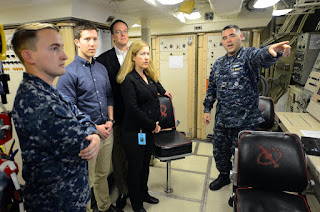 On the largest ships, weapons fire is essentially automatic from the central fire control post on the bridge or combat information center. Examining Supplement 5, it comes across the bridges on a Lightning-class cruiser have a control location for weapons control, alongside local stations on the various gunnery decks, allowing for the main locations to be incapacitated. while continuing to fight the ship. Some of the limitations may be from the era when the deck plans were written, because I see individual (or area) targets getting manually designated, and then automatically engaged when the computers work out the math. Those heavy duty computers on starships running Fire Control/5 should be blowing up targets with out much help from the gunners. An individual with a good skill will help make the shot, but compared to the systems inputs, won't be of much help. If there are manually triggered weapons, I would expect for there to be a physical interconnection, perhaps in the shape of a pistol grip, physically connected to the overall fire control system.

Well, there's some more crunch for gunnery and fire control on starships. Players can discuss if they want local or central control of weapons, and which fits best with your particular campaign style. Space opera Travellers will opt for local control, so heroes can have their moment of triumph over the forces of evil. Harder Traveller campaigns will have a combat information center, or central fire control direction for their turrets. Of course, the key is to ensure the players are the center of the action.
Posted by Michael Thompson at 23:46 2 comments: