On worlds that are not defensive nodes or on communications nodes, the Imperial Navy establishes a Station in the starport. These offices serve as standing liaisons for the Navy in the system, providing a presence in the system, and running in naval business required.

Organization
These stations are organized in a fairly standard manner, with a Commanding Officer, Executive Officer, and several departments. It is not uncommon for some departments to have Imperial Civil Service personnel in key roles, and many Civil Servants are retired Navy personnel or former spacers who just stopped wearing the uniform to work. The commanding officer of a Naval Station is often only a Commander, and has authority only over personnel, not over units.

The Executive Department consists of the Commanding Officer, Executive Officer, Senior Enlisted Leader, and a few general clerks. These personnel are concerned with running the unit and talking with the outside authorities, including the SPA.

Admin Department contains many of the personnel assigned. Their primary role is personnel administration, and pay records, and ensuring the Navy's database is up to date. They also support the affairs of Reserve and Retired personnel and their interaction with the Navy. A station is capable of authorizing retirement voucher payments.

Supply Department ensures the Station and visiting ships get the equipment required for missions, food and quarters are available, and any on world suppliers to the Navy meet supply standards. Also, they arrange passage aboard Navy ships if required. Munitions bunkers, if present, will be under control of Supply Department, but located well away from the rest of the starport. Finally, the Disbursing Officer maintains records of payment in both Imperial Credits and any local currency. 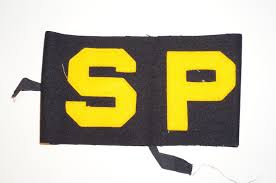 Security is a major department. Often staffed by a mixture of Navy personnel and civilian law enforcement, they provide physical security to the ship's arriving at the station, and organize the Shore Patrol. They have a particularly thorny relationship with some Marine units that have a 'tradition' known as "System D".

Operations Department does all work required for ships themselves and support Navy specific communications equipment. They operate any docking and servicing equipment, and monitor any hired ship repair facility present. If any small craft are assigned, their operation is conducted by a Boat Division in Operations department.

Medical Department operates at extremes. Stations on major worlds will have only a few spacers assigned as medical administration, with actual doctors being local contractors or reservists. At larger stations, the Navy operates a small clinic capable of most medical needs.

Recruiting activities on most worlds are technically under the authority of the station, but more often answer to recruiting command at the Subsector and Sector levels.

The Marine security force provided to the Starport operates out of the Station as well. As the Imperial Marines are notoriously short on support personnel, Navy Station personnel often find themselves either serving as drivers or mechanics for the Marines, or suddenly becoming the alert medic in crisis times.

Size and Layout
Stations are part of the spaceport on the worlds they are present. Generally, they are fairly small commands, no more than a few hundred personnel at most. Around habitable worlds, if a high port is present, Operations Department will be based there, along with detachments from most departments. Command and thus, the Executive department will colocated with the starport administrator's office.

Generally, a Station will consist of a HQ, supply stores, and a perimeter area. Many support facilities are contracted out to the starport. A planet-side Station will be some buildings at the starport with their own razor wire fence. On worlds under Imperial Occupation, Operations also finds itself supporting the local patrol forces present in addition to supporting Navy operations.

Location
Navy Stations are found on worlds with Class A, B, and C starports most often, with a few strategic class D starports receiving them. Generally, the facilities the Navy sets up for its own use are enough to build a startport almost up to the quality of a Class  C facility, but use by non-governmental users, including detached duty scouts, can be highly limited. Stations will generally be on worlds with populations under 1 million and feature limited space defense abilities.

Subsector Navy bases, when present, will replace these facilities, and Imperial Navy craft are supported on a contract basis. The Imperial Navy is represented by a simple office, little more than requirements for recruiting and supporting reserve and retired personnel. An area with limited colonial and subsector fleet assets available will have more Navy Stations.

In the Sol and Gemini Subsectors of the Solomani Rim, there are Navy Stations at Peraspera, Midway, and Forlon supporting patrol units and anti-terrorist forces. These are smaller stations, and have only a few personnel assigned to them.

Personnel
Navy Stations have a reputation as being the place to allow officers with limited talents to serve out their twilight tours. In some areas, they are vital nodes, and are standard shore duty assignments for personnel. The nature of a Navy Station in some cases receives far less oversight than larger commands. In some areas, it is rumored that some of the Station personnel are assigned to Naval Intelligence, while in others, there is an attache on world openly collecting information.

Some stations have an old drunkard as the commander who is being eased out of the Navy. While others have noble screw-ups commanding whose fumbling marks them as dangers on active service, but have too important of connections to force out. A third stereotype is the high flyer who is only there for a short time, and assigned to the Station as a deserved break from real action.

Adventures
Navy Stations provide limited services to retired military adventurers. They can cash pension checks, and provide a source for Navy related patrons in systems with out a formal military presence. If your characters just look wrong during a bar fight, they could be hauled into the Stations' brig, and some embarrassment may occur upon their release. As well, it's a place to put a vindictive screw up where he cannot hurt the Navy and Imperium too much, but instead has power in one spot.

Posted by Michael Thompson at 23:13 No comments:

I Hope I am Not the First to Notice This

Re-reading GT Nobles recently, I noticed the name of one of the Orders, and in fact, the one associated with the Imperial Interstellar Scout Service is the Order of the Arrow. Many would find this to be nothing out of the ordinary, but I admit to having spent much of my youth involved in some fashion with the Boy Scouts of America, and went to their Jamboree in 2001, and it has an existing Order of the Arrow.

The Honor Society of the BSA is the Order of the Arrow, and it has a much less exclusive membership. It is an organization started as a camp fraternity to support the ideals of the Boy Scouts, and recognize scouts in who are active in their communities and in camping. There are two levels of membership, Ordeal and Brotherhood, and an honor level of Vigil. While adult leaders can join, they are supposed to take a backseat to letting the youth make decisions.

Looking at this, I see a fictional group called the Order of the Arrow that honors scouts, and rarely has the Imperial family as members. Could Loren Wiseman, Jon F. Zeigler, or those listed as "Additional material" have been Scouts or Scouters? If so, it's a pretty nice inside joke. As it's not listed in the Traveller Wiki, I don't think anyone else has caught this.

Or perhaps I'm making a mountain out of a molehill.

Posted by Michael Thompson at 22:41 No comments: